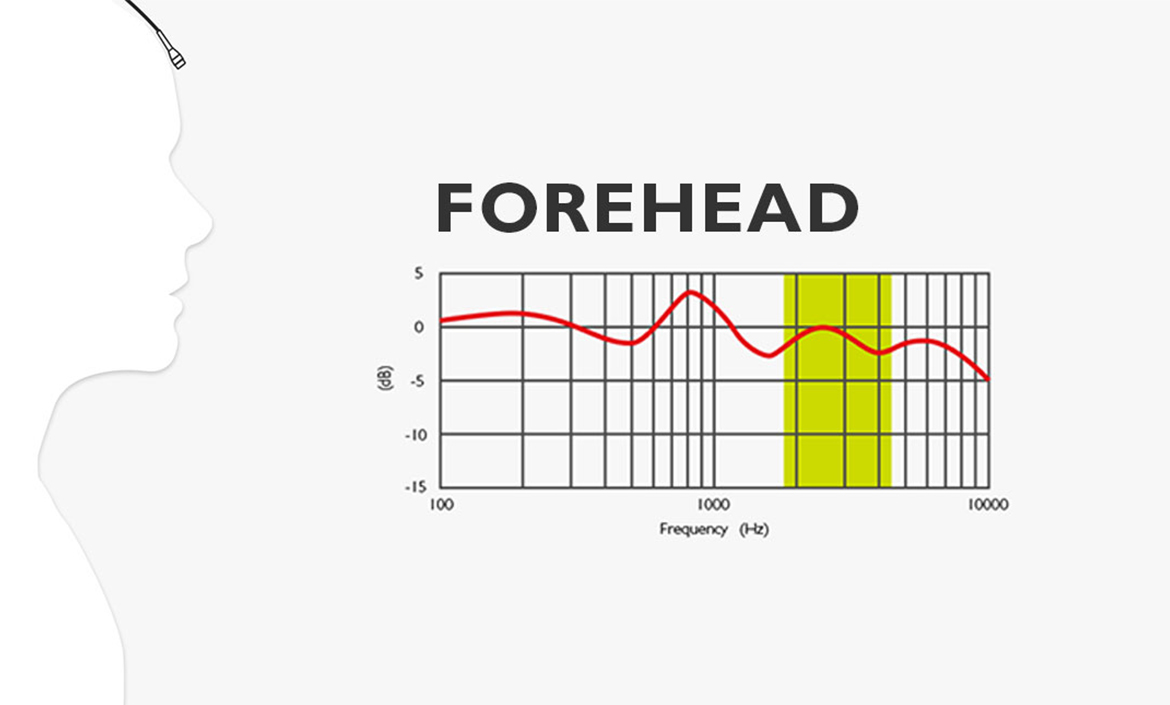 In this experiment, we use a microphone position one meter away, in front of a test-person speaking. The sound of the voice in this position is perceived as normal vocal sound. This is our reference sound. We then position several identical miniature pressure (omni) microphones around the person speaking and analyse the difference between the reference microphone, one meter away, and the microphone on the forehead, over the ear, on the chest etc. The experiment is caried out in an anechoic chamber with no reverb or reflections from the surrounding, to focus on the placement differences. If you want to read about external factors affecting speech click here.

The tonal difference between the reference mic (one meter away) and the microphone on the body, is shown in the graphs.

Forehead placement is similar to the reference, which means that the sonic character of the voice is almost identical to the voice that we normally hear from this person. A small peak around 800 Hz and a small valley right after around 1500 Hz but overall a similar frequency response. The consonants are preserved.

Over-ear placement, which is obviously behind the mouth, degrades the higher frequencies of the person speaking. We still see the peak around 800 Hz but the range from 1 kHz and up is lost, which means most of the important consonants are lost. 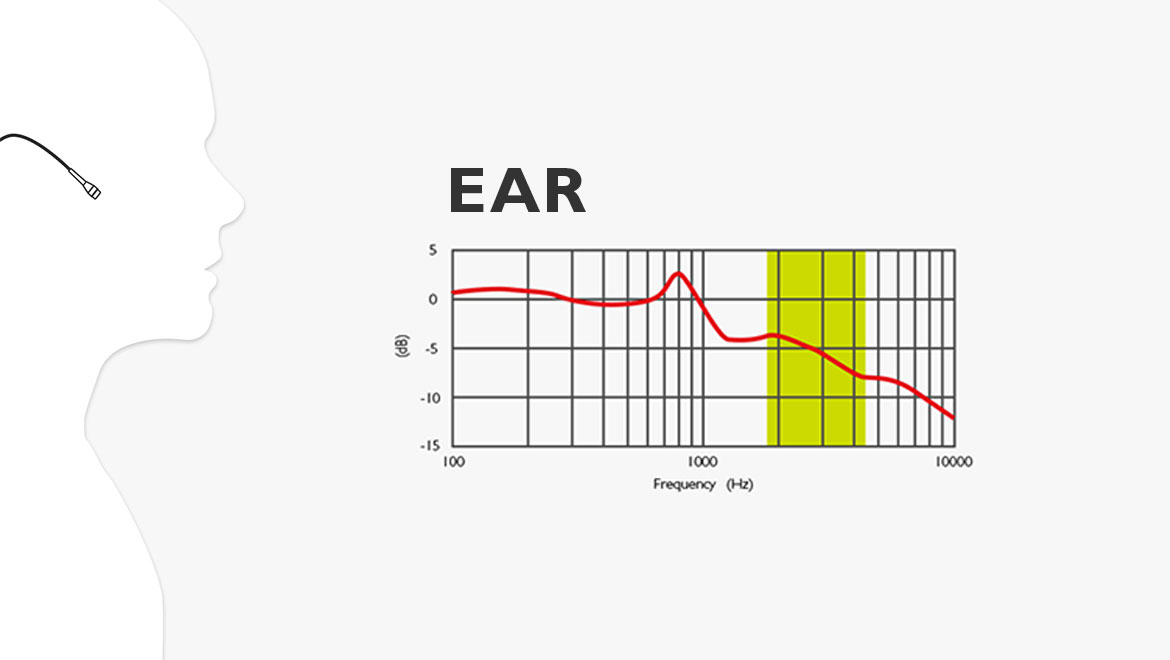 Placed at the corner of your smile, a headset microphone is not as bad for intelligibility as the ear position. The range between 1 – 2 kHz are slightly better preserved. The consonants in this frequency range sound more natural and therefore the intelligibility is much better. This placement is still a bit behind the sound source and thus loses some of the extremely high frequencies. It is not as good as the forehead position. 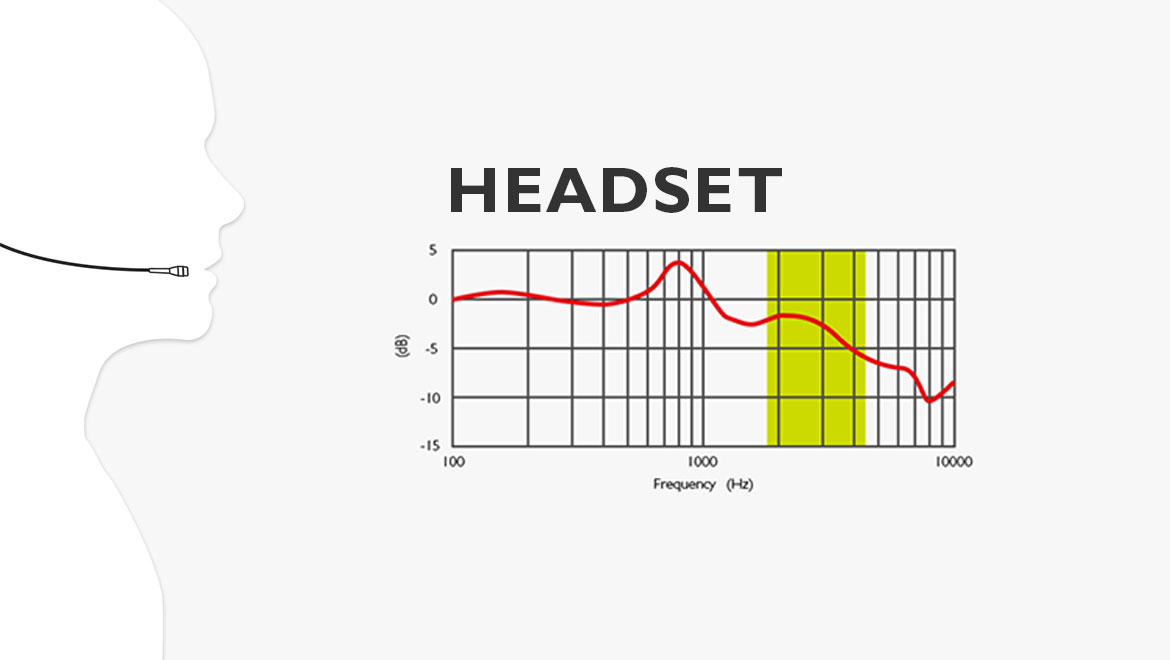 These positions, including the tie mount position, are the worst – challenging for speech intelligibility. Because the microphone is placed below and behind the sound source, all the higher frequencies are almost gone. The worst position is below the chin, on the neck, because it is the furthest behind the mouth. The biggest challenge for both positions is that the range between 2-4 kHz is practically removed from the sound spectrum, which results in poor speech intelligibility. 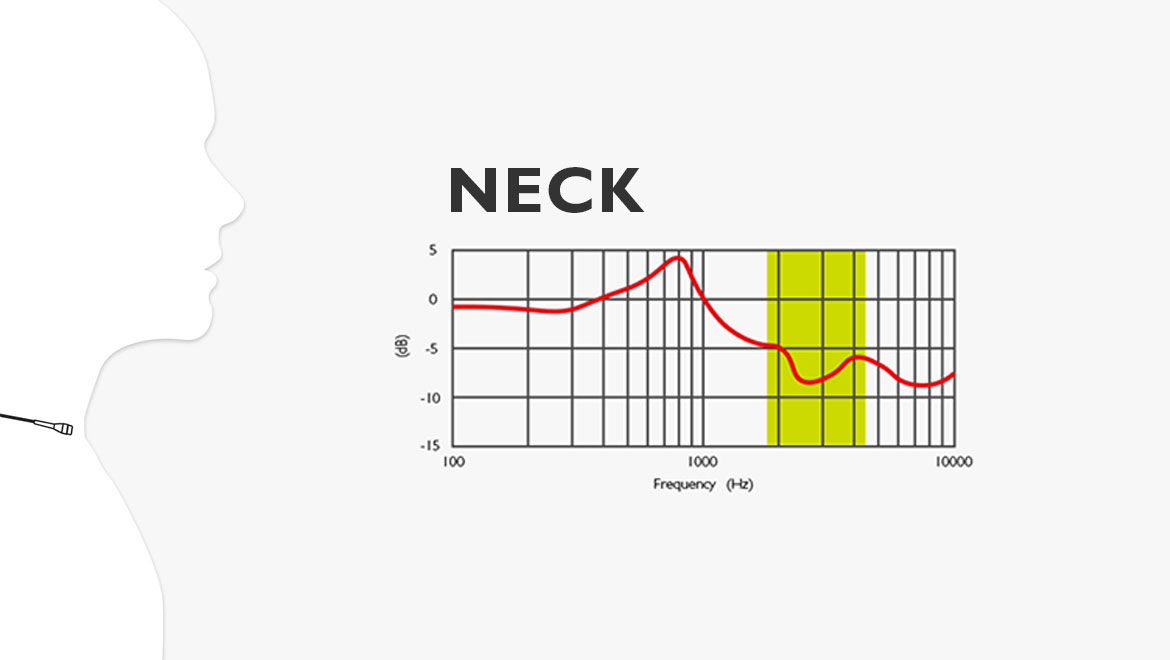 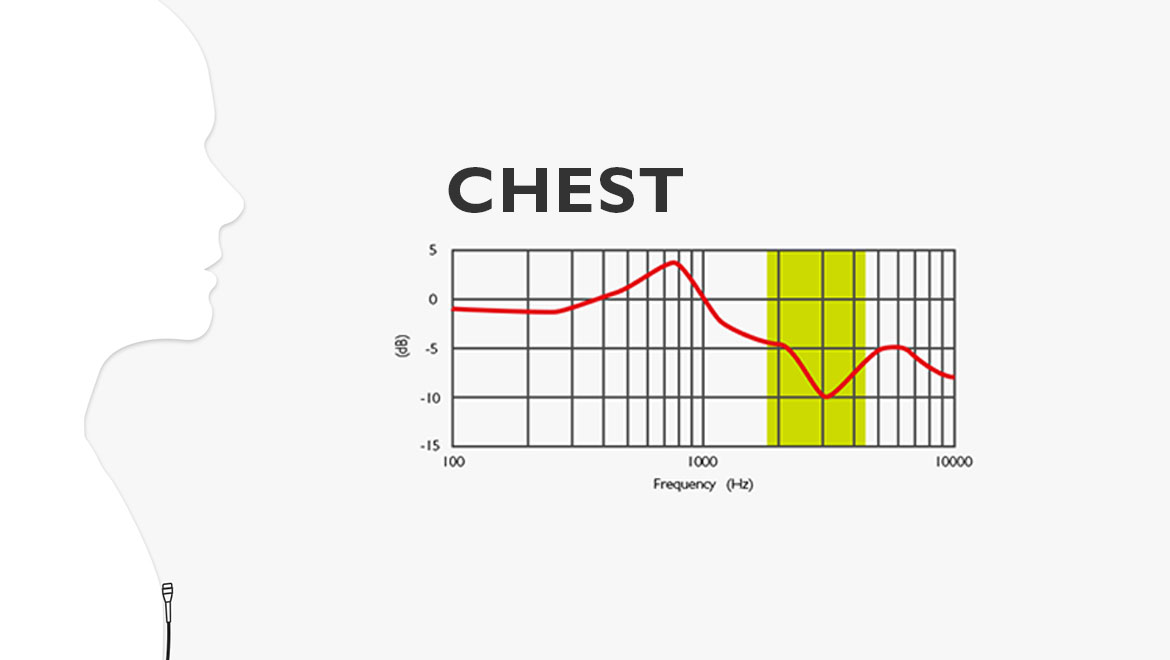 In conclusion, when you place the microphone below or behind the mouth, you must compensate for the placement with an EQ. Otherwise speech intelligibility will be compromised. But since everything else around the microphone, which is also being picked up, will also be EQ’ed, the best solution for a natural sounding voice is using natural sounding microphone positioned on the forehead. This sound would need a minimum of post-production work.

0 Comments for “DPA Microphones: How mic placement affects the voice”