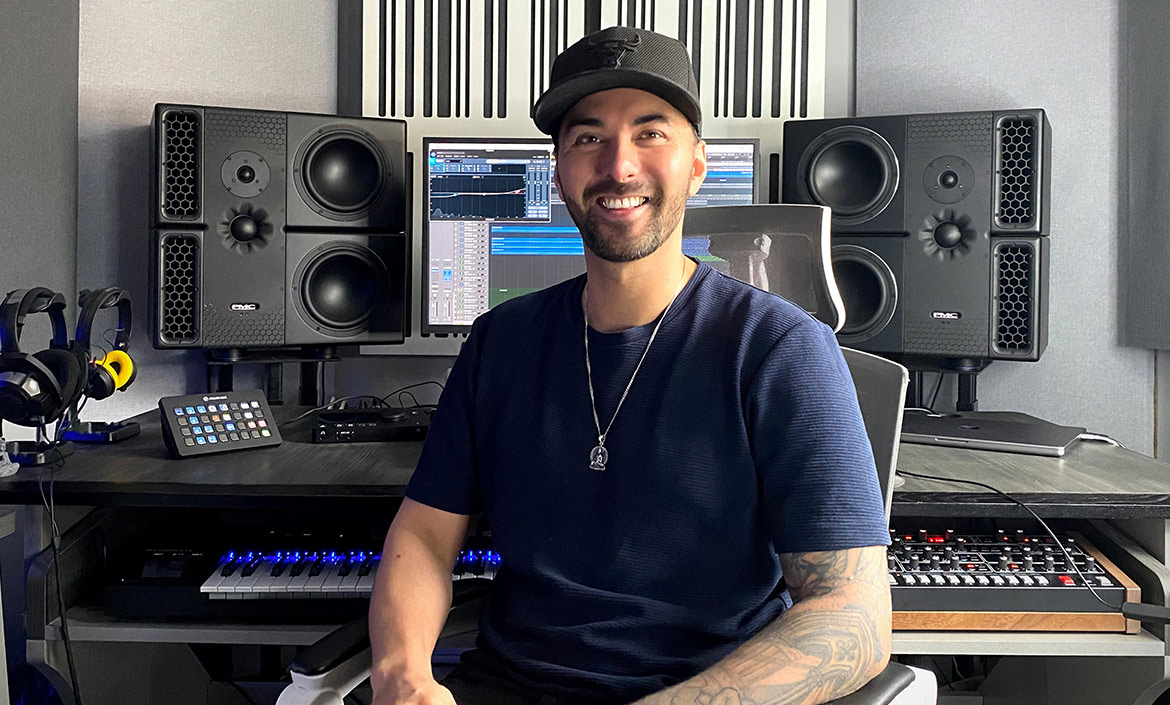 Producer Jon Kong has become the first person in the UK to install a pair of PMC 8-2 monitors, part of the new range of compact, near and midfield professional loudspeakers launched by PMC earlier this year.

As an artist and songwriter, Kong is one half of the House music duo Leftwing: Kody, but he is also an accomplished mixing and mastering engineer who currently works from his own studio in Maidstone, Kent.

The need for clarity across his mixing and mastering projects was the key reason why Kong decided to upgrade his monitoring with a new PMC 8-2 system. Designed to take studio monitoring to the next level, PMC’s new range delivers a forensic level of detail that allows users to work faster, without fatigue and with the knowledge that their mixes will translate technically and emotionally anywhere. The range incorporates all the advancements for which PMC is renowned, including all-new drivers, sophisticated DSP and Class-D amps and ATL™ bass-loading and Laminair™ air flow technologies.

first heard PMC monitors at a friend’s mastering facility,” Kong explains. “I loved them because the low end extension and the clarity in the mid range was so impressive. When the time came to upgrade my studio monitors, I demo-ed various brands but kept coming back to the new PMCs because they sounded so good.”

Kong was introduced to the new range by Dale Chapman at SX Pro, who recommended the three-way active 8-2 system because it is designed for critical reference monitoring applications. While Kong’s monitors were being built SX Pro lent him a pair of the smaller PMC6-2 monitors, which he was equally impressed with.

“Everything I have heard through these new monitors has been ridiculously clear,” he says. “The smaller 6-2 system was perfectly adequate for the room I am currently in and I could easily have kept them, but I plan to move studios in 2022 so I went for the larger system because it gives me more flexibility in terms of room dimensions in the future. With both sets of monitors I have created amazing mixes that have now been approved by my clients. I can really hear the difference between these and my previous monitors. It is like night and day – especially the bass which is incredibly clean and clear and has no distortion at all.”

Since installing his new PMC monitors, Jon Kong has completed projects for RCA, Sony & Positiva. He is also working on his own material and collaborating with other artists as a songwriter, with a new release with Brazillian man of the moment Vintage Culture on Musical Freedom/Spinnin. He has also completed Camden Cox’s debut single Over on RCA and is currently mastering work for Yousef’s Circus Recordings, Nic Fanciulli’s Saved Records, Hot Since 82’s Knee Deep In Sound and Pattrick Toppings Trick.