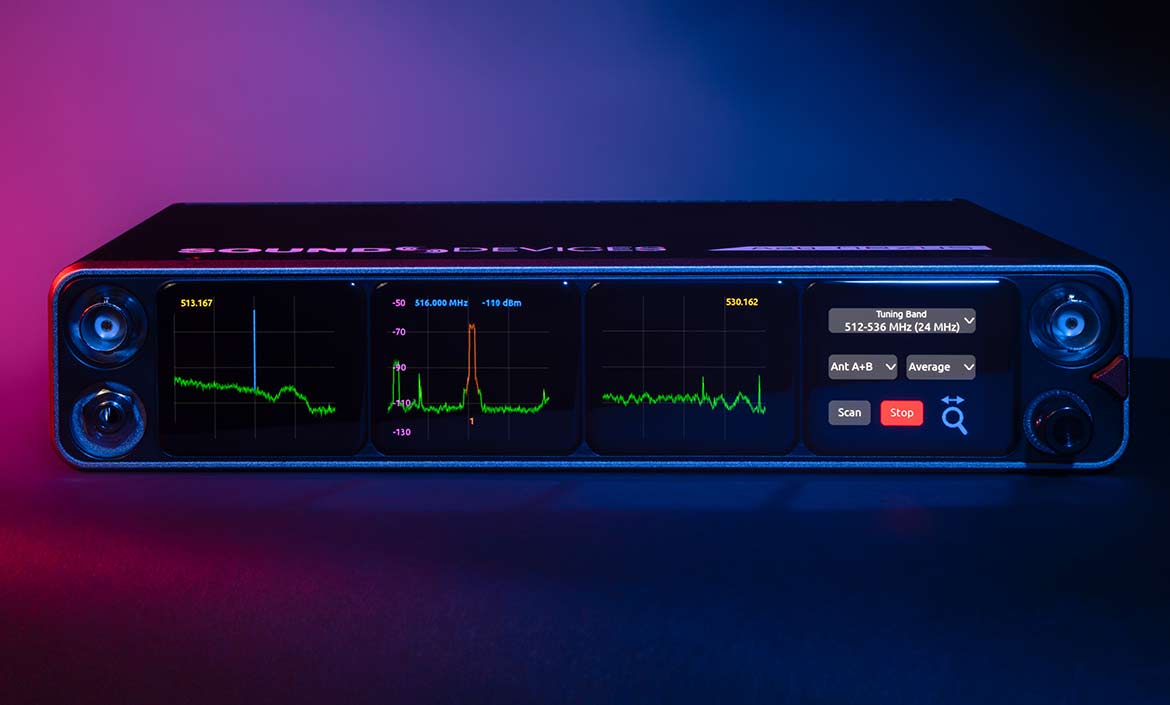 Sound Devices has released the A20-Nexus, the latest digital wireless receiver in its Astral Series of wireless transmitters and receivers. A20-Nexus is a compact receiver that not only serves as the hub of the Astral wireless range, but also offers a wide range of features and capabilities. Expandable from 8 to 12 and 16 channels with additional software. Nexus is also packed with advanced technologies like SpectraBand, NexLink remote control, & real-time spectrum analysis. Furthermore, the A20-Nexus offers flexible networking options and a compact form factor, making it a valuable addition to any professional’s wireless toolkit.. It also includes the A20-Mini and A20-RX. The receiver offers a wide tuning range and long-distance remote control capabilities. It ships with eight channels, but can be expanded to 12 or 16 channels for larger productions.

“The Astral Series is the result of years of research and development in wireless technology to design robust, versatile solutions for mobile RF professionals that can be used around the world. With A20-Nexus, we wanted to provide the ultimate portable receiver for our customers in film and television production, but also designed the Astral Series to meet the rapidly growing needs for wireless in live event production, musical theatre, corporate AV, houses of worship, and more.” Matt Anderson, CEO, Sound Devices LLC

The A20-Nexus uses Sound Devices’ SpectraBand technology to provide a global tuning range of 470-1525 MHz and RF filtering capabilities that allow it to use legal RF frequencies worldwide. Additionally, the receiver features long-distance remote control of transmitters and integrated RTSA (Real Time Spectrum Analysis). You can control it using a mobile phone or tablet via a web app, and power and connect it to audio via Power over Ethernet (PoE+) and Dante. As a result, the combination of features allows it to replace multiple devices in any RF professional’s wireless toolkit, and its compact form factor makes it suitable for use in a bag, on a sound cart, or in a fixed installation.