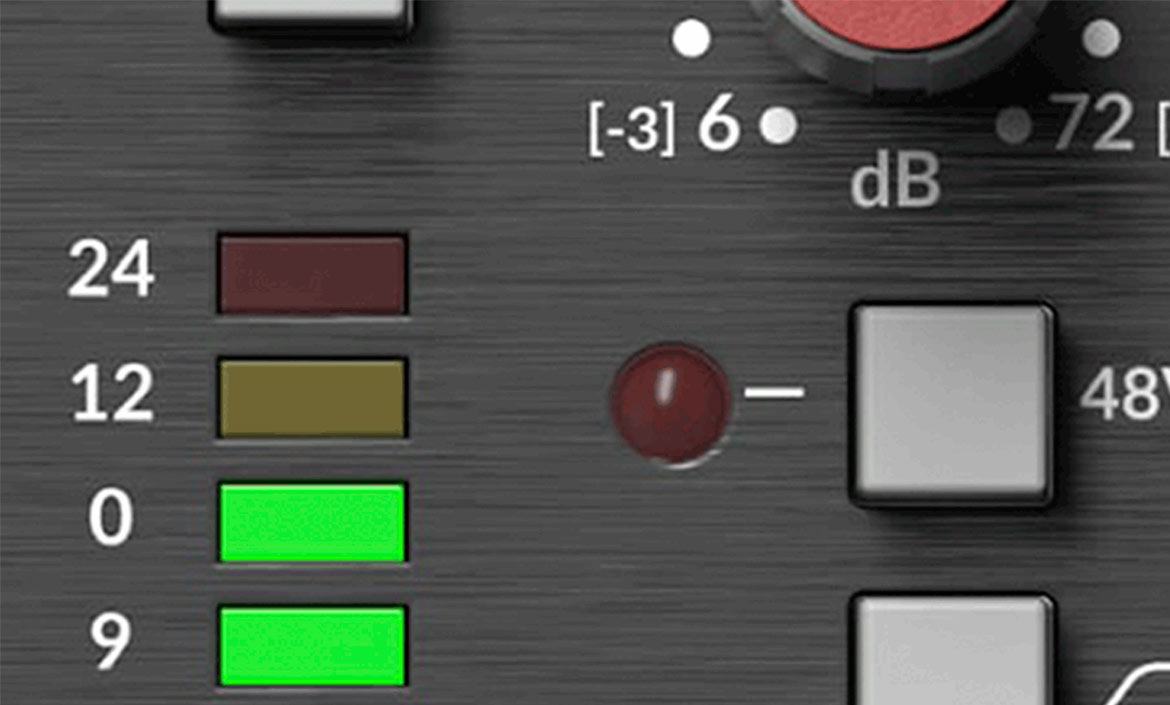 All condenser microphones need power. Phantom power is the primary standard for professional microphones. Here are answers to 10+ of the most frequent questions about phantom power and its use in microphones.

What is phantom power?

The short version: Phantom power is the standard method for powering professional condenser microphones via the XLR-3 connector and balanced cables. The XLR-connector’s pin 2 and pin 3 both carry +48 volts ±4 volts DC. Pin 1 is 0 volt.
The name “phantom power” refers to the “invisibility” when connecting balanced microphones that do not need external power, like dynamic (moving coil) microphones. In short, the name is P48.

Why do microphones need power?

An international standard describes phantom power to secure that the connection works as intended across all brands. The standard IEC 61938:2018 outlines the technical specifications. These specs concern the voltage, the current draw, the impedance, etc.

Given the IEC standard, all new phantom-equipped products (recorder inputs, mixer inputs, preamps, etc.) should provide 48 volts. However, it has previously been an option for designers to choose between 12 volts or 24 volts. So, there are systems out there providing less than 48 volts. Even 15 volts and 18 volts systems exist. Sometimes a device only indicates the application of phantom, but not the actual voltage.

What if the voltage is less than 48 volts?

Most professional phantom-powered microphones need 48 volts. (A few brands can work with 9-52 volts). When you have a P48-microphone, it may still work at a lower voltage. However, the typical result is that the microphone’s performance is affected, reducing the max SPL handling and increasing distortion. If the voltage is too low, the microphone will stop working.

How much current can you draw?

The IEC standard specifies that the rated available current of P48 is 7 mA, and 10 mA is the maximum.

Must the P48 be switched off if I don’t use it?

Basically, it is not necessary to switch off phantom power (this is why it is called Phantom). However, it is also a question of the input-device facilities. Some devices have switches individually per channel. Others are equipped with one single button connecting/disconnecting all channels simultaneously.

What if my device does not have phantom?

There are various options if you have a recorder, mixer or amplifier without phantom power and a microphone that needs it. If you are on the go, you may need a supply unit that works via batteries. In the studio or on stage, you can use a mains-connected phantom-power unit.

How is it possible to carry both AC and DC?

One of the intelligent things about P48 is that the wiring scheme brings DC to the microphone – and the same wiring brings the signal back to the input. Think of it like the sea: We have a water level (the DC), and in addition, we have waves (the AC, the signal). So, you can say that the DC is moving up or down, modulated by the AC.

Can P48 power anything else but microphones?

P48 can power other devices than microphones, i.e., line drivers. It is sometimes used for powering work lights.

When was phantom power invented?

Phantom power was invented in 1966 by Neumann in connection with a special delivery to NRK (Norwegian Broadcasting), where 48 volts were available for a lighting system. The first standard was DIN 45 596 (now superseded by the IEC 61938:2018).

Can phantom power damage a microphone?

How to check the phantom power?

A straightforward way to check the phantom power is using a voltage meter. One test probe to pin 1 and the other to pin 2 or to pin 3. It should read 48 volts DC (and 0 volts AC) in both cases. Between pin 2 and 3, it should read 0 volts. The 48-volt reading is the open-circuit voltage before connecting the microphone. When connecting a microphone, the voltage drops to a lower value due to the current draw through the feeding resistors.

A signal generator like the NTI-Audio MR Pro Minirator reads whether the output “looks” into a P48 input (i.e., a microphone input). Also, various “gadgets” or tools are available, like the Canford P48-Check Phantom Power Tester.

Does P48 circuitry have any effect on the input impedance?

How much current draw can you expect from a microphone?

The microphone design determines the current draw. Here are some typical values:

0 Comments for “DPA Microphones: Know the basics about phantom power”